Oxford Expression Technologies Ltd (OET) is pleased to announce that it has been awarded £377K, one of 22 successful awards, as part of the ‘SBRI – Vaccines for epidemic diseases: Readiness for clinical development and regulatory submission’ programme. This research is funded by the Department of Health and Social Care as part of the UK Vaccine Network (UKVN), a UK Aid programme to develop vaccines for diseases with epidemic potential in low and middle-income countries (LMICs).

CCHF is a severe virus disease endemic to Africa, the Balkans, the Middle East and some Asian countries. The virus is transmitted to humans via tick bites or contact with virus-infected livestock. Affected individuals experience intense flu-like symptoms, which will often progress to more serious effects including bleeding into the skin and mucosal surfaces, kidney and liver failure, and acute respiratory distress syndrome. The mortality rate of CCHF is up to 40% with survivors often being left with long term, debilitating health problems.

Incidences of CCHF are increasing due to a number of factors including the geographical spread of the tick vector, associated with climate change, and trade of non-symptomatic livestock from endemic regions to other previously unaffected areas. Although outbreaks of CCHF are not currently on the same scale as those of other notable virus diseases, the threat of a widespread epidemic remains and the economic and social impact on affected communities is high, thus the need for an effective and affordable vaccine is urgent. 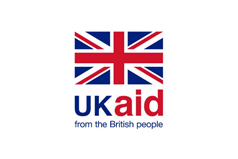