On a scale of complexity/difficulty, culturing insect cells falls somewhere between yeast and mammalian systems. They can be grown in suspension or as monolayer cultures.  However, the latter format does not require trypsin enzyme treatment prior to harvest and sub culture or passage.  Further, the growth medium does not require the use of carbon dioxide to regulate the pH as is the case in many mammalian monolayer cultures.  Unlike yeast, insect cells are sensitive to over dilution when setting up new cultures and can decline very rapidly if grown to high densities.
For these reasons, after harvesting insect cells it is normal to determine their number and viability before using them in experiments or moving to the next passage.  If you have the resources, there are several automated cell counting systems on the market that quickly measure both parameters.  Otherwise, you can use the reliable Neubauer counting chamber and count cells manually.  This has the advantage that you can assess the quality of your cells while counting.  Even if you are fortunate enough to have an automatic counter, it is still a good idea to put some cells into a small culture dish and observe them under a microscope.  It is hard to put into words how healthy cells should appear but with a little practice it soon becomes obvious.  If you are new to insect cells it is worth growing a (spare!) culture to destruction and observing cells daily to see how their appearance changes.  If insect cells grown in suspension do not stick down to a culture dish within an hour they are probably not fit for further use.
In this blog we confine our comments on insect cells to those used for baculovirus-based expression vectors.  Three cell lines dominate.
Spodoptera frugiperda (Sf) 21: These were established by Vaughn et al (1977) in the 1970’s from ovarian tissue.  They are an uncloned line and thus contain a number of different shapes and sizes of cells.  They were the original cell line used for baculovirus expression (Smith et al. 1983).
S. frugiperda Sf9: These cells were established by sub cloning from Sf21 cells (Smith et al., 1985). They have almost completely eclipsed their parental line for the purposes of making recombinant viruses and for subsequent protein production.  They have a very uniform appearance and can grow to higher densities than Sf21.  Their designation puzzles some but they were simply the ninth clone derived in the original isolation procedure (to the best of our knowledge!).
Trichoplusia ni BTI-TN-5B1-4: More commonly known as High Five™ cells (Hi5) these are a clonal isolate from a parental cell line derived from ovarian tissue (Wickham et al., 1992).  They are particularly useful for producing secreted proteins and generally synthesise higher levels of most recombinant proteins compared to Sf21 or Sf9.  They are however, not so useful for making the original recombinant viruses. 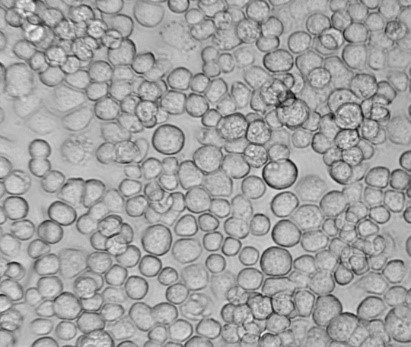 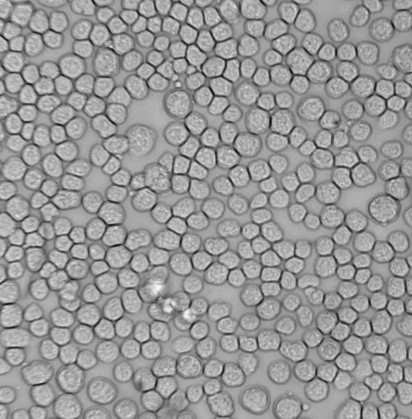 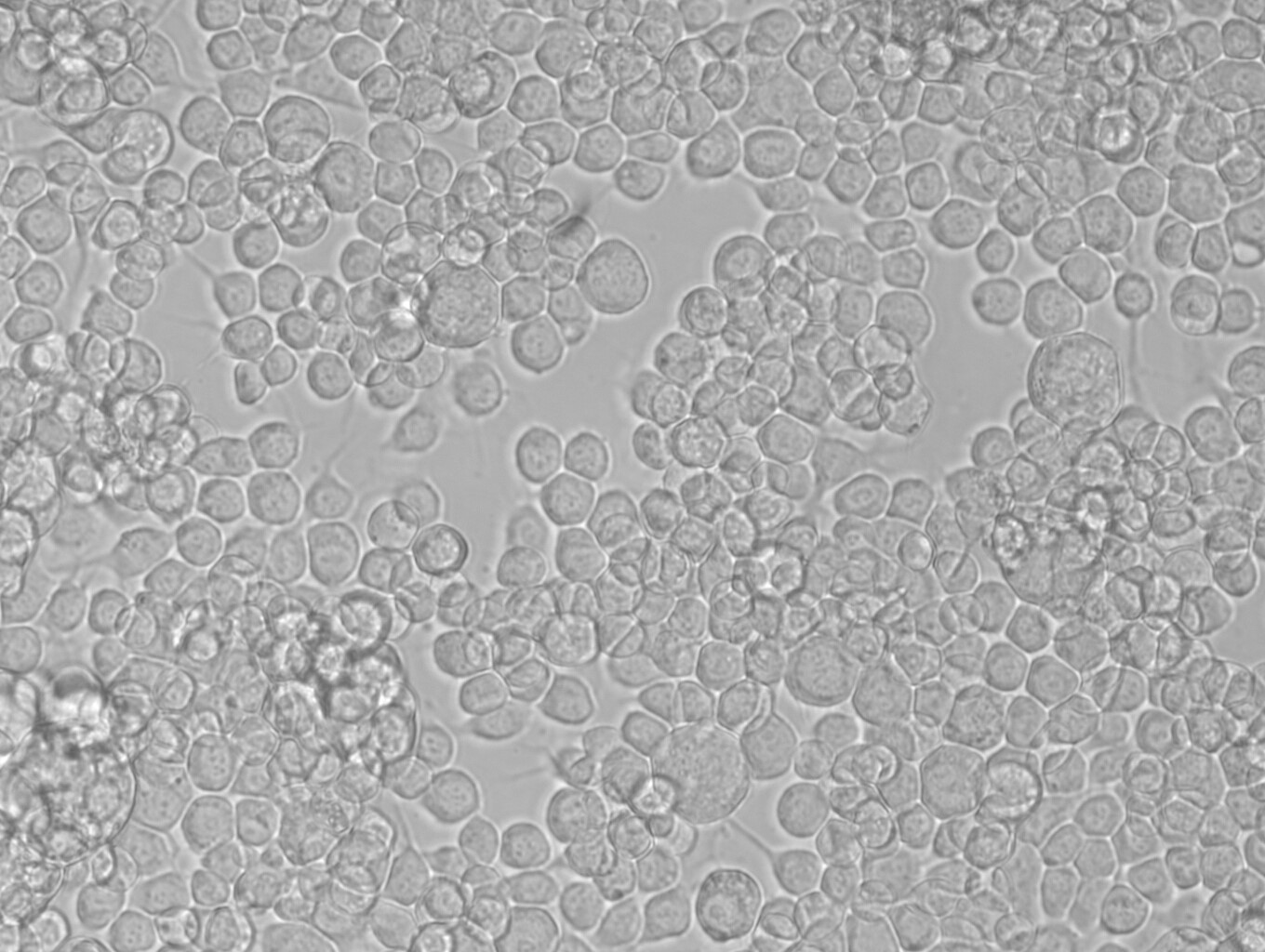 From left: Sf9, Sf21, and Tni. Hi5 cells at confluent stages of growth.
Similar to the cell lines most commonly used in mammalian expression systems (e.g. HEK293 and CHO) the above three insect cells were derived at least 25 years’ ago.  There has been comparatively little effort to seek out alternative cell lines from either the same or different insect species.  We all seem content to continue using tried and tested reagents for recombinant protein production.  This does have the advantage that if you wish to have a product approved for clinical use that there is a track record for the cell line employed.
Fortunately, where there has been considerable development is in the production of improved media for culturing insect cells.  These developments include both serum-free and animal product-free media that are suitable for producing proteins for therapeutic use in humans.  We will address this in our next blog post.