A blog on baculovirus P10 structures and the role in insect cells might appear a slightly odd topic for a blog from a company based on expression of recombinant proteins. However, a recently published paper that is the product of a collaboration between the Insect Virus Research Group at Oxford Brookes University and OET Ltd offers some insight to the role of P10 structures in infected insect cells and why our flashBAC ULTRA vector is so successful (Graves et al., 2019). flashBAC ULTRA, like all other versions of this expression vector, offers a one-step process for making recombinant viruses but lacks several of the baculovirus genes, including p10.
P10 has always been a bit of an enigma. It is produced in the very late stages of virus infection to very high levels but is a non-essential protein. It seems to have several roles, which include adding a polysaccharide coat to occlusion bodies produced by the wild type virus and being a factor in the ultimate lysis of virus-infected cells. The latter feature is why chose to delete it from the original flashBAC™ expression vector to create flashBAC ULTRA.
In this paper Graves et al. (2019) used serial block-face scanning electron microscopy to achieve high-resolution 3D characterisation of P10 structures in insect cells infected with wild type Autographa californica nucleopolyhedrovirus, the parent virus of all of our flashBAC™ range. The 3D data confirmed a sequence of ultrastructural changes that created a perinuclear cage from thin angular fibrils within the cytoplasm. Throughout the course of infection in cultured cells, the cage remodels to form a large polarised P10 mass, which we suggest is critical for nuclear lysis to release occlusion bodies. In contrast, P10 in the nucleus forms discrete vermiform structures in close association with both electron dense spacers and occlusion bodies; supporting a previously suggested role for P10 and the spacers in the maturation of occlusion bodies. The discontinuity between cytoplasmic and nuclear P10 was unexpected. Previously it had been assumed that P10 formed continuous structures between both cellular compartments. 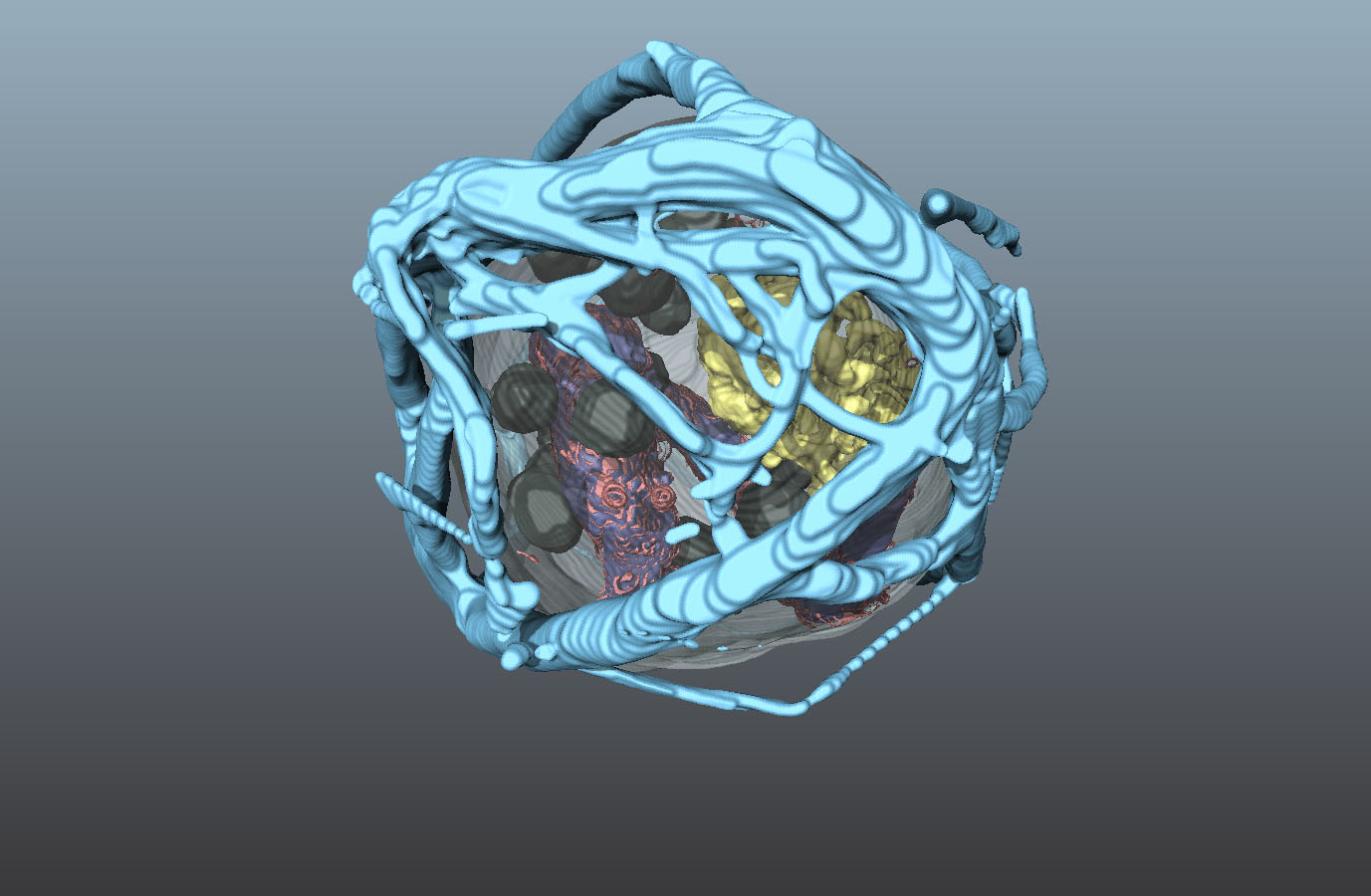 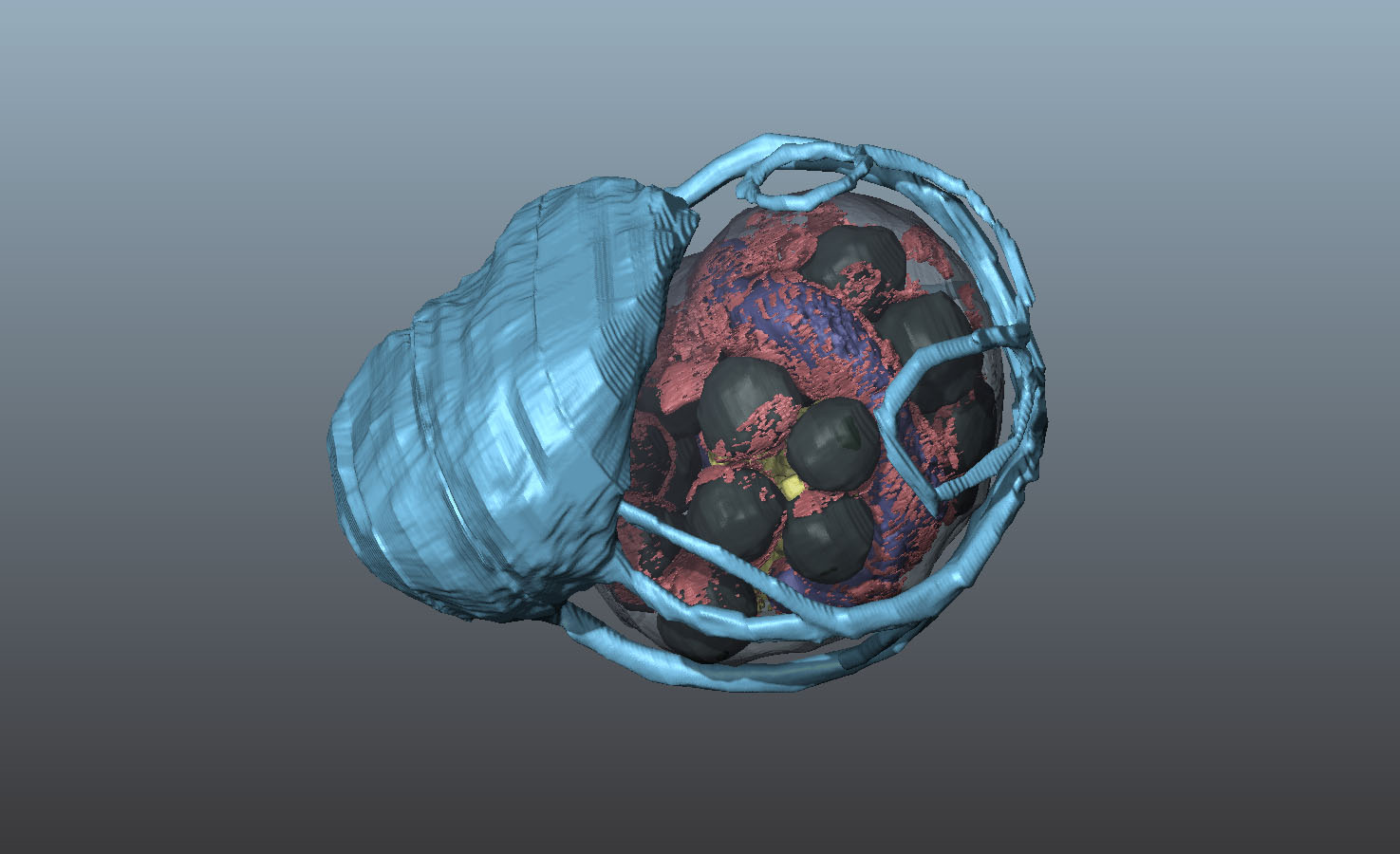 A further observation in the recent study by Graves et al. (2019) was that if the level of P10 produced in virus-infected cells was reduced this was accompanied by a decrease in nuclear lysis. This provides additional evidence that the absence of p10 in flashBAC ULTRA can only be beneficial for recombinant protein production by stabilising cellular structures in the very late stages of infection. The original publication can be accessed using the link below and features some stunning images of P10!
Graves et al. PLOS Pathogens | https://journals.plos.org/plospathogens/article?id=10.1371/journal.ppat.1007827 | June 10, 2019