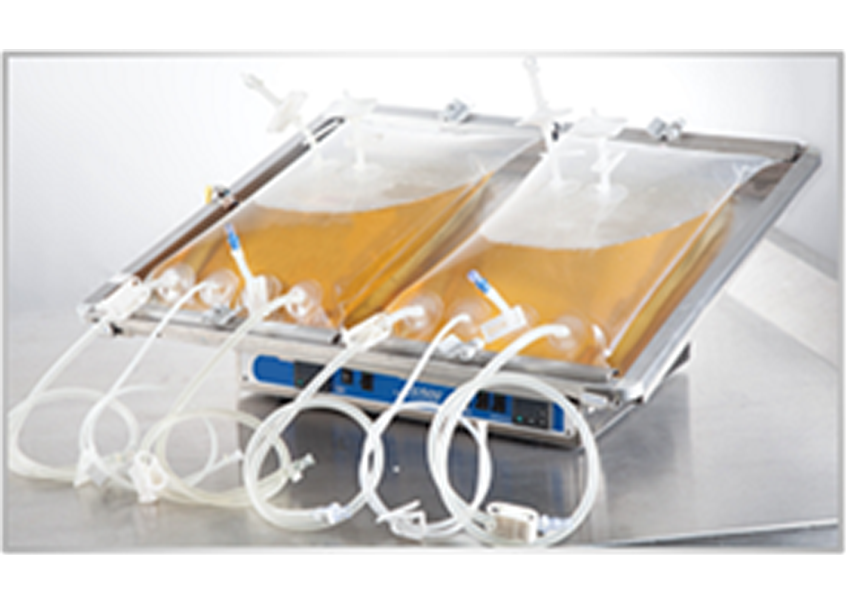 Have you ever had the experience of adapting insect cells to a new growth medium?  We recently had to do this for a client project because they had used a particular medium previously and were keen to maintain the same conditions to continue the work with us. This process made us realise that switching to a new serum-free insect cell culture medium can result in short term stress responses in the insect cells, which in this case were Sf9.
This doesn’t mean that there was anything wrong with the new medium.  In fact, we have used it before on many occasions and it was entirely satisfactory.  However, when we moved the cells to it on this occasion, they did look slightly unhealthy for a few sub cultures.  We noted an increase in cell diameter, a granular appearance and reluctance to attain a high density (107 cells/ml).
Obviously, we were concerned about this and if it was a consequence of a sub optimal batch of medium.  Fortunately, the cells recovered their vigour within two weeks and started behaving as normally.  They exhibited a uniform diameter and adopted their shiny appearance.
This experience started us thinking about how someone testing a new insect cell culture medium might be misled about the performance of the product if they don’t allow sufficient time for their cells to adapt.  Generally, our adaptation protocol involves beginning with cells in a log phase of growth (about 2-4 x 106 cells/ml) in the original medium.  These are then diluted to about 106 cells/ml in the new medium.  This low dilution factor means that the initial cell density remains high with a good proportion of the original medium too.  Subsequently, cells are grown to mid log phase again before making a similar dilution in the new medium.
The cells are observed for any changes in appearance using light microscopy and also with an automated cell counter, which can monitor viability and cell diameter.  Cell stress is often accompanied by an increase in size.  Our Sf9 cells when healthy have a diameter of about 12.5µM.  However, when they are stressed this increases to approximately 14.8µM, with some cells even larger.
Sometimes we see that the cells reach a density of about 2 x 106 cells/ml and then stop dividing.  If this happens, wait a day and then sub culture them as usual.  Eventually, they will recover and reach 107 cells/ml.  We should add that we don’t normally allow our cultures to reach this density before using them.  At this concentration the cell culture medium is starting to be exhausted and you run the risk of entering the stationary phase of growth.
The whole process of adapting insect cells to a new growth medium shouldn’t take longer than a month.  If it does, then you may well have a poor quality medium and it is time to consult the supplier.  Most media we have tried have supported insect cell growth very well, so we don’t think there are too many poor reagents on the market.  However, switching between them may require patience.  Once you have adapted your cells to a new medium, it is worth storing a batch in liquid nitrogen if you have the facility to do so.